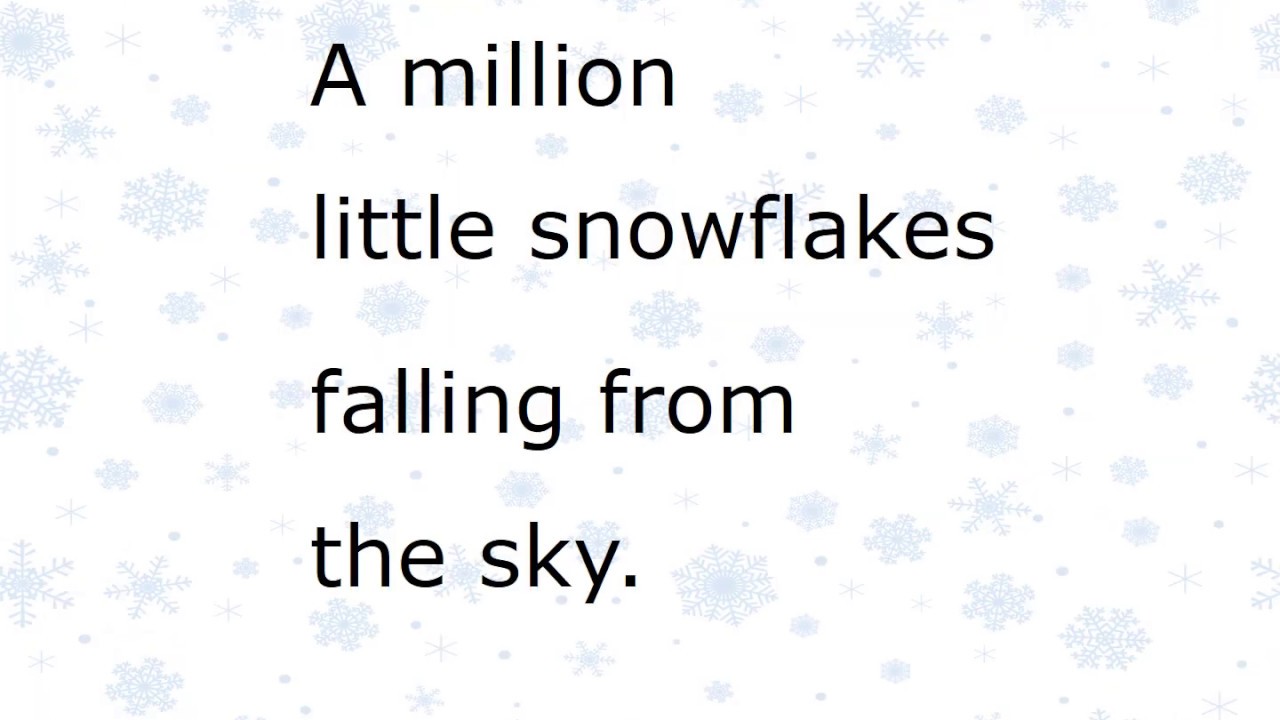 I got snowflakes in my eye!

While on my way to school I acted like a tree; in hopes that just one snowflake would want to land on me! This time I shut my eyes and then stuck out my frozen tongue! Really love this song. Not much youtube videos or full lyrics of the song out there, You helped me succeed on my Winter Concert, Thanks alot! Which other ones are you looking for? Are you wanting the lyrics to all the songs we sang at our Christmas Pyjama Storytime? Did that answer your question, or were you asking something completely different?

British Army's new recruitment drive targets 'me me me millennials'

Get me outta here! Chorus: There must be one, two, three, four, five, six, seven, eight, sixty million snowflakes. Verse 2: I wore my coat and hat as I walked around outside. Chorus Verse 3: While on my way to school I acted like a tree; in hopes that just one snowflake would want to land on me! Chorus spoken Hey! I got one! Oliver serves as the first person narrator, conveying information to the reader in a direct and to the point manner. The narration mimics the speech of a teenage boy, explaining the word choice and dialogue. Once I came to this conclusion after the first three or four chapters, I found the book to be a much easier read.

He provided readers with insight to his thoughts and emotions, which ranged from frustrated to anxious to elated in a matter of pages. On numerous occasions, he inserted small bits of humor to lighten the overall mood of the book.

Most importantly, he is one of the rare, down to earth characters in modern day literature, remaining open and honest with readers. My only complaint about Oliver is his impulsive and rash behavior at certain points throughout the book. For example, he blurts out during a family dinner that he wants to kill himself, without considering the meaning or weight of his words.

Overall, however, he was a fairly well-rounded character with an interesting outlook on the world around him. 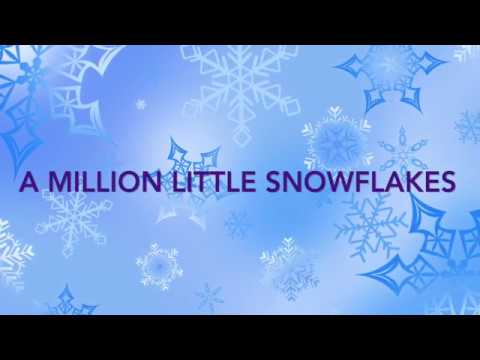 Instead of viewing his time in the psych ward in a pessimistic light, Oliver considered it a vacation from his stifling, over-zealous mother. His mother was, by far, the most frustrating character in the book. Her faith-driven antics resurface throughout the book, contributing to my growing dislike for her. Luckily, karma rears its ugly head toward the end of the book when her true colors replace her devout facade.

The plot was original, to say the least, but I found this book challenging to get into. That may be the result of the book taking place over the course of only ten days. Certain events seemed long and drawn out, and, in some cases, unnecessary altogether. Others were abruptly cut short, resulting in an awkward transition to the next event. I was slightly disappointed that the title was not integrated more into the book itself. Snowflakes were only mentioned during two scenes throughout the book, rendering the title a bit misleading. I wish they had had more significance in the text, instead if serving merely as a backdrop for certain scenes to take place.

I would have enjoyed the book even more if the concept behind the snowflakes had been more thoroughly explained and incorporated into the novel.

The ending is a bit of a jaw dropper. In the concluding chapters, the author gradually builds up to a rather shocking event, taking readers on an emotional roller coaster. Personally, I felt that the ending was one of the weaker aspects of the book. The ending did not, however, drastically change my thoughts on the book as a whole, as evidenced by my review.


I would definitely recommend this to anyone in search of a quick, easy romance that avoids many of the stereotypes in recent YA releases. Like Like.